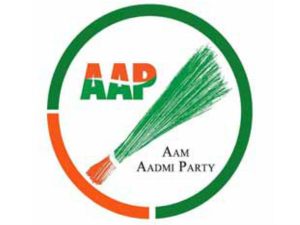 New Delhi, January 8: Aam Aadmi Party on Monday marked its entry into the Rajya Sabha with all three of its candidates – billionaire businessman Sushil Gupta, party functionary Sanjay Singh and chartered accountant ND Gupta – winning the election unopposed. Since there were only three candidates for the three seats from Delhi, they were declared winners eight days before the election was scheduled to take place. AAP has a brute majority in Delhi assembly and the opposition BJP did not have enough numbers to even put up a candidate.

Sushil Gupta displayed his strength in a road-show in which all three candidates arrived at the office of the deputy commission Daryaganj where they were given victory certificates. Though all three candidates participated in the road-show all the placards carried by the volunteers had the photograph of only Sushil Gupta and the flags had the picture of CM Arvind Kejriwal.

District Administration goes hard on Quarantine Jumpers FIRs registered against 4, Warning given to 26

PROBLEMS AND COMPLAINTS OF MINORITIES SHOULD BE RESOLVED IN A TIMELY MANNER, SAYS DHARMSOT

Balbir Sidhu Hands Over Grant Of Rs. 5 Lakh For Maintenance Of Streets & Drains In Village Chapparchiri

Secretary education expresses satisfaction over the role being played by the...