Chandigarh, January 5
Amid the escalating US-Iran tensions, Punjab Chief Minister Captain Amarinder Singh on Thursday urged the central government to take urgent steps to ensure the safety and security of the 10 million Indians in the Gulf region.

India could not afford to simply wait and watch, or to just monitor the situation, given the rising stakes in view of the threats and counter-threats between the US and Iran, said Captain Amarinder, in the context of the Ministry of External Affairs’ statement that it was keeping a close watch on the situation.

The Chief Minister emphasised that the Indian government should immediately direct their embassies in the region to connect with the Indians settled there, and provide all possible help to them in this hour of crisis. Pointing out that besides the US, other countries like Britain were preparing to evacuate their citizens, if needed, Captain Amarinder asked the Centre to also prepare and initiate plans to evacuate all Indians seeking to return to India in the current circumstances.

The close proximity of the Gulf region to the Indian border made it imperative for the Centre to intervene without delay, and issue the necessary directions to its missions in the West Asian countries, as well as the Indian population there, the Chief Minister stressed. With the conflict showing no signs of easing, the situation was evidently grave and it would be in the interest of the Indians to leave the Gulf region immediately, he added.

Referring to the large Punjabi and Sikh diaspora also settled in the region, Captain Amarinder further said that his government would extend all support to anyone wanted safe return back home. Punjab government officials were in direct contact with the community there and had been instructed to move swiftly in response to any plea for help, he added. 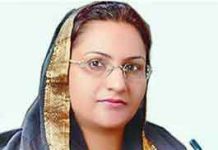