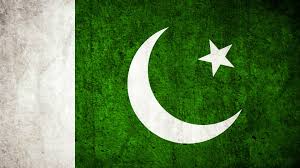 Islamabad: Terrorist Masood Azhar’s brother Abdul Rauf Asghar and 43 others linked to banned outfits were detained by Pakistan government, a minister has said.

The order for their detention was issued on Tuesday, a day after a high-level meeting took place in Pakistan’s Ministry of Interior on March 4 (Monday) to review the National Action Plan (NAP) and which was attended by all provincial governments.

The order states, “It was decided to speed up action against all proscribed organisations. In compliance, 44 under-observation members of proscribed organisations, including Mufti Abdul Raoof and Hamad Azhar, have been taken in preventive detention for investigation. These actions will continue as per the decisions taken in National Security Committee (NSC), while reviewing National Action Plan.”

The move comes barely 10 days after an Indian Air Force strike at Jaish-e-Mohammed terror training camp in Balakot in Pakistan on February 26.

Addressing a press conference, the Pakistan Interior minister Shahryar Afridi refused to divulge the names of the detained individuals and said that the detained people will be investigated and if they are found involved in any terror activities, they will be charged and placed under arrest. He said that the crackdown, announced on March 4, will continue for two weeks.

Afridi said if there is proof of their complicity in any terror activities, the Pakistan government holds the right to seize the assets of the banned groups.