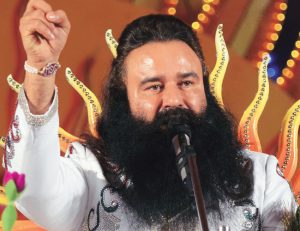 ,Rohtak, 28 August(Wishav Warta): Haryana and Punjab government ordered schools and colleges to be remain closed in some parts, suspended mobile services till 29, stepped up security and threw a five-tier cordon around a Rohtak jail, where today a judge will hand out punishment to Dera Sacha Sauda chief Gurmeet Ram Rahim Singh for raping two disciples.

The 50-year-old Dera Sacha Sauda leader was on Friday found guilty in the 15-year-old case. Within minutes of the verdict, his followers ran riot and clashed with security forces, leaving 38 people dead and 250 injured. While 32 people were killed in Panchkula, where the case was heard, six died in Sirsa, the headquarters of the sect.

A special CBI court near Rohtak town in Haryana will at 2.30pm begin hearing arguments on the quantum of punishment, which could range from seven years to life imprisonment, in the district jail at Sunaria where the flamboyant Dera Sacha Sauda chief is lodged.

Ready for any alternative to law repeal demand, Tomar to farmers

You are wrong: British player tells her doctors with Oz Open q’fication

Sure I will get a big score: Sundar to his dad before Gabba innings