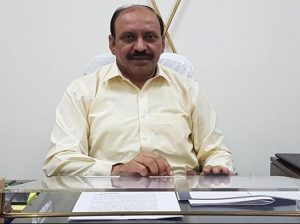 Disclosing this here an official spokesperson of the Vigilance Bureau Punjab said ASI Gurnam Singh posted at Special Excise Cell, Ferozepur was nabbed red handed while accepting bribe of Rs 5,500 on the complaint of Gurmej Singh of village Swaiya Rai Utaar, Ferozepur district. The complainant has approached the VB and alleged that the accused police official was demanding bribe Rs. 10,000 for not to register a police case against him and the deal was struck at Rs. 7500. The complainant had already paid Rs. 2,000 as a first installment to the ASI Gurnam Singh.

FIR Lodged Against Singer Gurnam Bhullar and Others for violating COVID...