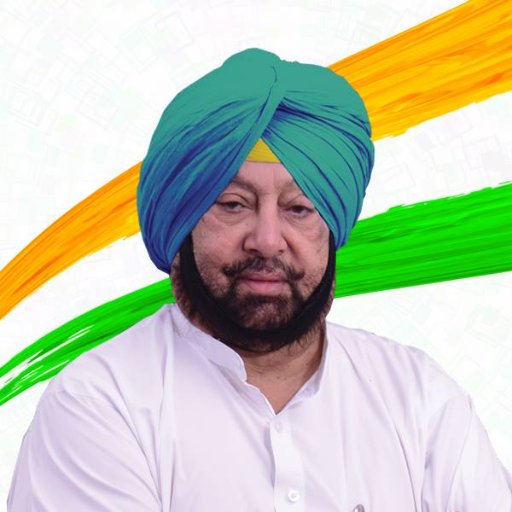 AMID SPIKE IN CASES FROM OUTSIDERS, SAYS HE’S ASKED PM FOR PERMISSION TO ALLOW ENTRY ONLY WITH CERTIFICATES

Chandigarh, June 20 ( wishavwarta)- The Punjab Government will cap the Covid hospitalisation and treatment rates of private hospitals, and those not adhering to the same will be shut down, Chief Minister Captain Amarinder Singh said on Saturday.

The fee structure for private hospitals and clinics is expected to be finalised by Monday, the Chief Minister said during his #AskCaptain session on Facebook.

Taking strict view of complaints of exorbitant fee being charges by private hospitals, the Chief Minister termed such actions as `anti-people and anti-national’ and warned that the private institutions would not be allowed to indulge in such shameless profiteering at the cost of the lives of people.

“If these hospitals do not agree to the government rates, we will close them down,” he added.

Expressing concern over the spike in Covid cases in the state, which he attributed to the large number of people coming from other places, the Chief Minister said he had sought from the Centre permission to allow the state to make Covid test certificates mandatory for all those crossing the border.

Captain Amarinder said he had raised the issue with the Prime Minister Narendra Modi during the latter’s Video Conference with chief ministers to review the Covid situation.

With 87000 cars having entered Punjab from Delhi alone in recent days, and the spike in cases in the past only due to outsiders, the threat of the pandemic spiralling further was acute, said the Chief Minister. He said that he had requested the Prime Minister to allow entry of only those with valid Covid-free certificates. In fact, those leaving Punjab should also carry similar certificates to check the spread of the coronavirus into other states, he said.

Even as he reiterated the state’s full preparedness for handling the Covid crisis, with no shortage of equipment and supplies, the Chief Minister said the battle had to be fought collectively by all, with every citizen taking the onus to check the spread of the disease by following all norms of social distancing, wearing of masks etc.

While appealing to people to wear masks and maintain social distancing, the Chief Minister also urged them to go for early testing and treatment as that was the best way to ensure recovery for Covid. With no medicine or vaccine so far, precaution is the only cure, he said, adding that every Punjabi was dear to him and he did not want to lose a single person to Covid.

For the first time, there had been an increase in the number of people on Oxygen and Ventilator, he said, adding that the situation was explosive, with cases rising around the world. With easing of restrictions and more testing, the numbers would continue to spike, he warned, adding that timely intervention and adherence to protocols was imperative to save lives.

Elaborating on the state’s medical preparedness, Captain Amarinder said 551 ventilators were already available with government and private hospitals and another 93 had been ordered. The state government had also ordered 4 lakh more N95 masks to supplement the existing stock of 9.25 lakh. In addition, the state had 79 lakh triple layered masks, 2.39 lakh PPE kits and 2200 oxygen cylinders. As far as beds were concerned, more than 6000 beds had been arranged in government hospitals and another 900 in private hospitals, and currently 2500 were filled up. In the second state, the state plans to add 10000 more beds, to be followed by another 30000 in third stage, he added.

Replying to a question on export of surplus PPE kits, the Chief Minister said he had taken up the issue with the Prime Minister and was hopeful that the Government of India would allow the same.

On a question regarding some industrialist wanting to bring back labourers to the state at his own expense, the Chief Minister said they were most welcome to do so but would need to ensure strict home quarantine for 14 days.

In response to a complaint regarding long queues of people in Patiala waiting to pay their challans for violation of Covid norms, the Chief Minister directed the concerned DC to take immediate steps to check crowding.

When his attention was drawn to widespread violation of social distancing norms in Jalandhar, he said he would instruct the SSP and DC to strictly enforce the rules, particularly since the major increase in cases was being reported from large cities and towns.

On a concern expressed by a Hoshiyarpur resident on sending students of a professional institute for exams to Jalandhar, the Chief Minister clarified that Jalandhar was no longer a containment zone and the state government was following a micro-containment strategy. Hence, there was no bar on students travelling to Jalandhar, except to the micro containment zones, to take their exam, he added.

With respect to absence of doctors in hospitals, he said he will ask the Health Department to resolve the problem urgently.

On being told by a youngster that he had joined Mission Fateh and would like to meet him if he wins the most points in Punjab on the COVA app, the Chief Minister said he would go a step further and have tea with him. “I’ll host all winners”, he said.

Captain Amarinder also invited a group of youngsters, who had made a video on him in lockdown times, to meet him whenever they come to Chandigarh.

To a question on the cleaning up of Buddha Nallah, the Chief Minister a Rs 600 crore project for the same was already approved and work would commence soon.

The Chief Minister also assured that infrastructure development and road link projects were being taken up and completed in right earnest.

On the issue of Sikhs in Uttar Pradesh being relocated, Captain Amarinder said he had spoken to his counterpart Yogi Adityanath and was hopeful that the latter would stop the move. If that does not happen, he will take up the matter with the Prime Minister, he added.

With regard to drugs still being a problem in Khemkaran and Pind Kalra, the Chief Minister said while the backbone of the drugs mafia had been broken, there could still be problems in some areas, which his government was committed to resolving. Though the supply chain had been more or less destroyed, demand might still be there, he said, adding that all efforts were being made to wipe it out completely.