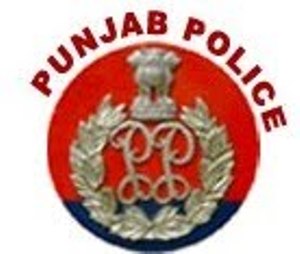 Chandigarh, June 3( Wishavwarta)- continuing with their massive crackdown on the scamsters involved in the paddy seed case, the Punjab Police on Wednesday arrested one more person, taking the number of accused in the police net so far to three.

Lakhwinder Singh alias Lucky Dhillon, owner of Karnal Agri Seeds of Dera Baba Nanak Batala, was arrested by the State-level Special Investigation Team (SIT), constituted yesterday by DGP Dinkar Gupta, to get to the bottom of the scam involving alleged sale of non-certified seeds of new Paddy varieties that were being goT tested/grown by PAU Ludhiana.

Gupta disclosed that Lucky Dhillon had unauthorisedly purchased PR-128 and PR-129 seed varieties from some farmers who had given the seeds on trial basis by PAU. Investigations show that Dhillon had supplied these seeds to Brar Seeds of Ludhiana, whose owner, Harwinder Singh alias Kaka Brar was the first person to be apprehended in the scam.

Brar and the second accused, Baljinder Singh alias Ballian, who was arrested yesterday, have meanwhile been remanded to two more days of police custody. The DGP said the SIT has sought the remand from the court, where the duo were produced today, to further investigate the case and identify the others involved in the scam.

Notably, Baljinder is also a member of the Farmers Association formed by PAU to give information to farmers about new seeds and techniques. He was given the newly developed PR 128 and PR 129 of paddy seeds last year by PAU for sowing on trial basis to assess the results. However, he used the resultant crop to mass produce seeds and sold them further without any authorisation.

The seeds in question have so far been developed and sold by PAU in limited quantities directly to the farmers. None of the dealers were yet authorised to sell these seeds on a commercial basis, without the express authorization of PAU.

CENTRE NOT CONCERNED ABOUT SC STUDENTS’ FUTURE AT ALL, DHARMSOT