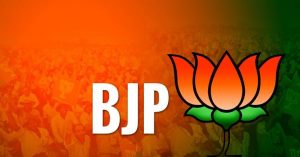 New Delhi: The BJP national meeting is set to begin today in the afternoon in which the party is expected to articulate its response to the opposition’s combined attack on the government over the rise in oil prices and also formulate its strategy for the state assembly polls and the Lok Sabha elections.

The two-day meeting will be attended by its key leaders from all states and Union territories besides its national leadership.

It comes against the backdrop of signs of unrest among upper castes, a core support base of the saffron party, over its push for pro-dalit laws to woo the backward community.

Party president Amit Shah inaugurated the meeting of its national office bearers today and it will be followed by the national executive meeting.

He will give the inaugural address while Prime Minister Narendra Modi is scheduled to give the valedictory speech tommorow.

CENTRE NOT CONCERNED ABOUT SC STUDENTS’ FUTURE AT ALL, DHARMSOT

71 Lecturers of District Institute for Education and Training transferred

MUTATION FEE HIKED BY PUNJAB CABINET FROM Rs. 300 TO 600 TO MOP UP ADDITIONAL REVENUE