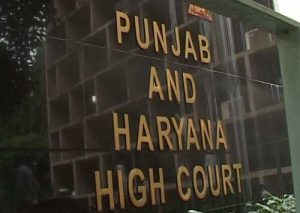 Chandigarh: Lawyers of Punjab and Haryana High Court has decided to abstain from court work on Monday, March 5 in protest against registration of FIR against advocate SK Garg Narwana by Haryana police. HCBA executive committee passed a resolution the registration of the FIR against the senior member of the Bar was strongly condemned. The association demanded immediate cancellation of the FIR

E-REGISTERATION FOR TRAVELLERS TO PUNJAB MADE MANDATORY FROM TONIGHT