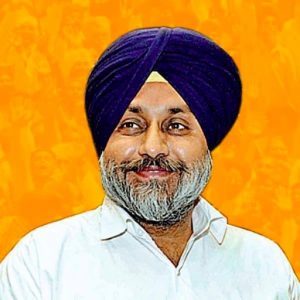 Chandigarh: Former Punjab Deputy Chief Minister Sukhbir Singh Badal today hailed Shubhman Gill and Abhishek Sharma, members of the World Cricket Cup winning Indian cricket team, and described them as “ambassadors of Punjab and of the glory of its youth throughout the world.” Sukhbir also congratulated Shubhman Gill, the highest run-getter for India in the World Cup (( 372 runs), for being selected in the ICC World XI and said that this was truly a proud moment for Punjab. Shubhman was also chosen the “Player of the tournament” in the championship had a Bradmanesque average of 184.5.

The former Deputy CM has also sent felicitations to Manjot Kalra of Delhi who hails from a Punjabi family originally from Ferozepur and to Arshdeep Singh of Chandigarh who is originally from Kharar in Punjab In separate letters to the parents of Shubhman and Abhishek, Mr Sukhbir SIngh said that “not only Punjab but the entire country is proud of the outstanding talent which the young boys from the state have show-cased before the world throughout this championship and of the significant role which they played in India’s cup winning performance. Shubhman was adjudged the “greatest player of the championship while Abhishek’s contribution to the team’s win was also extremely very decisive at crucial moments,” said Sukhbir Singh Badal in separate letters to the parents of the Punjab players.

The Former Deputy Chief Minister said that he had noted with pride that not just two or three, but at least Six boys with roots in Punjab were members of the teams that played the final on Saturday. Shubham, Abhishek, Arshdeep and Manjot are of course very special but apart from them, but there were also and Param Singh Uppal and Jason Jaskerat Singh Sangha. Sangha is originally from Nawanshehar) and is the skipper of the Aussie side, The former DCM who is also the President of the SAD said that by playing an outstanding role in helping India win the World Cup, the boys from Punjab have yet again proved the detractors of the state’s youth wrong. “This should silence forever those who repeatedly describe Punjab’s youth as ‘lost.'”, said Mr Badal