Punjab State Maa Lakshami Diwali Pooja Bumper-2019 turned the life of Amandeep Singh, a small Dairy farm owner of Ludhiana, into a fairy tale as he won the first prize of Rs. 2.50 crore.

Leading a normal life Amandeep Singh resident of Meharban village in Ludhiana District, had never thought in his wildest dreams to become a crorepati overnight but Punjab Lotteries Department made it possible.

Feeling extremely happy, 35-year-old the lucky winner said that it is like a dream come true and he wants to use the prize money to make a positive difference in his life. He wants to use this windfall to extend his dairy farm business and remaining amount would be spent on the education of his two children, a boy and a girl.

Notably, the Lotteries Department had held the draw of Punjab State Maa Lakshmi Diwali Pooja Bumper on November 1, 2019, and Sanjeev Kumar of Himachal Pradesh also won the first prize of Rs 2.50 crore, He was a painter by profession.

After the success of the Diwali Bumper, Punjab State Lotteries Department launched  New Year Bumper-2020 and the first prize of the bumper is Rs.3 crore. Tickets of the bumper are available in the market and Post offices in the state. The draw of this Bumper will be held on 17.1.2020. 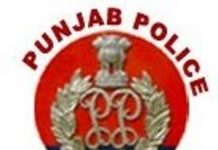