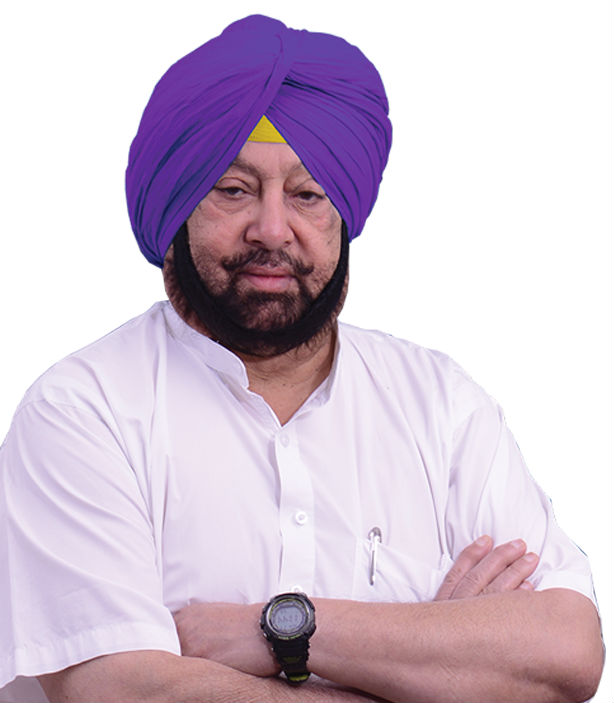 LUDHIANA, SEPTEMBER 21: Punjab Chief Minister Captain Amarinder Singh on Saturday expressed the confidence that the Congress Party would easily win all the four by-polls, slated to be held on October 21.

Talking informally with media persons at Guru Angad Dev Veterinary and Animal Sciences University after inaugurating a 2-day Pashu Palan Mela here, Captain Amarinder said the party was fully geared to contest the upcoming by-elections, at the back of the government’s progressive and welfare programmes and schemes.

The people of Punjab would once again put their seal of electoral approval on the Congress, which had proved in the last two and a half years of governance in the state that it was the only party equipped to ensure the development of Punjab. As in the recent Lok Sabha elections, the people of the state would once again reject the regressive and divisive politics of the opposition parties, he added.

Responding to a question regarding imposition of 20 USD by Pakistan on pilgrims to Kartarpur Sahib, Captain Amarinder said that he had already urged Prime Minister Narendra Modi to get this Jaziya abolished to ensure khulle Darshan Didar.

The Kartarpur Corridor, which was being constructed at a fast pace on the Indian side, was aimed at providing easy darshan to the devotees of Sri Guru Nanak Dev ji, which Pakistan should respect, he added.

Earlier, the Chief Minister appealed to the farmers not to resort to paddy stubble burning, as a mark of respect for the historic 550th Prakash Purb of the first Sikh Guru. The Happy Seeding machines being distributed by his government would not only help in stubble management but also ensure increased productivity for the farmers, he added.

Captain Amarinder said the burning of paddy stubble was posing a major environmental threat, besides damaging the texture of soil and human health. The Chief Minister called upon the farmers to take full advantage of subsidised straw management machinery, which was being provided on 50-80 percent subsidy. Captain Amarinder Singh said that the State Government had provided 28600 implements to farmers worth Rs 269.38 crores during 2018-19 and an amount of Rs 273.80 crores would be incurred for about 28000 implements for the management of paddy straw during current year 2019-20.

Captain Amarinder also announced that the State Government would develop a Sugarcane Research and Training Institute at Gurdaspur, besides establishing an Agricultural Market Innovation Research and Intelligence Center at Mohali.

The Centre would provide necessary support and assistance to farmers in marketing of their diversified crops, said the Chief Minister, while inaugurating the 2-day Kisan Mela and Pashu Palan Mela in Punjab Agriculture University here.

Addressing the farmers gathered here, Captain Amarinder emphasized the need to switch to crop diversification to conserve the depleting ground water. He announced that the State had already developed a diversification plan to shift nearly 10 lakh hectares from rice to alternate, less water intensive crops.

Listing the initiatives for crop diversification, Captain Amarinder said a state-of-the-art Indian Institute of Maize Research was being set up at Ladhowal, while a Postgraduate Institute of Horticulture Research & Education was coming up at Amritsar. With the concerted efforts of the state government to sensitise farmers about alternative crops, the area under maize, basmati and cotton had registered a considerable increase during the current season.

Water saving technologies, such as drip irrigation, were being popularized through 80-90% subsidy in the state, besides introduction of Direct Benefit Transfer for Electricity scheme to directly compensate farmers who save electricity and thereby groundwater, he added.

The Chief Minister further said that policies for promotion of Farmer Producer Organization for agricultural produce aggregation and collective marketing were being formulated to provide necessary marketing support to the farmers to make them economically viable. The Punjab State Council for Agricultural Education Act, 2017, has also been enacted to ensure quality agricultural education, he added.

The Chief Minister pointed out that quality inputs and strict monitoring for management of whitefly had helped in reviving the cotton crop and record yields had been obtained in the last three years. He said that the state had ensured stringent measures promoting the use of safer pesticides, which helped lower residue levels in food commodities.

Captain Amarinder appreciated the efforts of Punjab Agricultural University, which received ICAR Best Institution Award (‘Sardar Patel Outstanding ICAR Institution’ Award, 2012-2017) for research and extension activities for the second time in March 2019, for revolutionising the agriculture scenario in the state.

Meanwhile, Cooperation Minister Sukhjinder Singh Randhawa appreciated the efforts of PAU to sensitize farmers about new agri-techniques, different varieties of seeds and steps to be taken time to time for enhanced yield of crops etc through Kisan Melas. He urged the Chief Minister to mount pressure on Government of India to review its Regional Comprehensive Economic Partnership agreement in the larger interest of millions of milk producers. The Minister also urged the Chief Minister to make the proposed Sugar Cane Research and Training Centre at Kalanaur and Agriculture College time-bound projects in view of the 550th Prakash Purb celebrations of Sri Guru Nanak Dev Ji. The Minister also requested the Chief Minister to sanction ample funds for research purposes to PAU to accelerate the pace of research works by the University.

In his welcome address, Vice Chancellor PAU B.S. Dhillon exhorted the farmers to adopt allied farming to supplement their income. He said that PAU was prioritising to introduce appropriate machinery to further promote cultivation of vegetable in the state, which would further strengthen the farming sector. He urged the farmers to take full advantage of various media platforms launched by PAU, including missed call facility, PAU App etc.

MHA issues new Guidelines for re-opening of schools and cinemas

Cheema Terms insensitivity of Modi Govt. on farmers issue a disaster in Making for nation.

MHA issues new Guidelines for re-opening of schools and cinemas