Lucknow: Samajwadi Party president Akhilesh Yadav and Bahujan Samaj Party chief Mayawati on Saturday announced an alliance for the Lok Sabha elections 2019. The SP and the BSP will contest on 38 seats each while two seats have been left for the Congress and two for other allies.

Addressing a press conference in Lucknow along with Akhilesh, Mayawati said the SP-BSP alliance “will give sleepless nights to Prime Minister Narendra Modi and BJP chief Amit Shah”.

Though this is not the first time the BSP and SP will contest in Uttar Pradesh in an alliance, this time they are pitted against a stronger rival. However, the party has chosen not to include the Congress in their battle against the BJP saying that there was no real gain in aligning with the party.

“Congress party rule hasn’t benefitted anyone. There’s no real vote transfer from Congress and hence no real gain from aligning with Congress. We won’t ally with any party which will hurt our political ambitions,” said Mayawati. 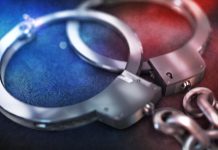