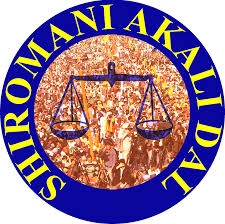 Chandigarh: The Shiromani Akali Dal(SAD) out rightly rejected the inquiry ordered by education minister OP Soni to fix responsibility for the mistakes in the history books for class 12 to be conducted by the education secretary is a major cover up and a farce as accusing fingers are raised at the minister himself.

Stating this here today, former minister and senior vice- president of the Shiromani Akali Dal(SAD) Dr. Daljeet Singh Cheema questioned the rationale of Soni ordering an enquiry while he himself is accused by none other than the chairman of the Oversight Committee appointed by chief minister Amarinder Singh.

Moreover, Dr. Cheema said that how could a subordinate officer i.e. secretary of the department under Soni, could be  objective, impartial and fair in conducting inquiry while his own boss Soni is in the dock.

Dr Cheema pointed out that chairman of the “Oversight Committee”, Dr. Kirpal Singh has revealed that he had pointed out the errors/ distortions in each chapter in detail in clearly typed pages but these  chapters were uploaded on the website of the Punjab School Education Board without carrying the suggested corrections under pressure from the minister.

In the light of the assertions of Dr. Kirpal  Singh, the role of Soni  is suspect and needs to be scanned by some objective , impartial and credible inquiry before being given a clean  chit, said Dr.Cheema

The SAD leader urged the chief minister to wind up the secretary level inquiry and order a fresh inquiry to ensure people’s faith in the present dispensation.