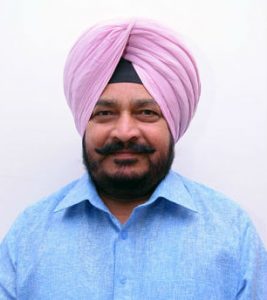 Chandigarh: “In keeping with the vision of the Punjab Government to strive for a cleaner and greener environment , a total of more than 50 lakh saplings have been supplied free of cost to people under Ghar-Ghar Hariyali Scheme with more than 18 lakh procured by individuals/organisations through the i-Hariyali mobile application.”

Disclosing this in a press communiqué, the Forest Minister, Punjab, Sadhu Singh Dharamsot said that in the latest survey conducted by the Union Government, the forest cover in Punjab has increased to 66 Sq. Kms. He further divulged that saplings have been planted on 7000 Hectare area under various forestry schemes while those planted earlier on the 10900 hectare area are being maintained properly.

The minister also added that under Sub Mission on Agro Forestry (SMAF) 30 lakh saplings have been planted by various farmers and Rs. 2.50 crore subsidy amount has been disbursed to more than 2200 beneficiary farmers through Aadhaar linked saving bank accounts through DBT.

Listing the futuristic schemes, Dharamsot said that to promote sandal farming in the state of Punjab, a pilot project for nursery of sandal wood (Chandan) in Hoshiarpur is being launched.