In a joint statement they said that the time of illegal activities has passed and now in Punjab the rule of law is in force. Lauding the Chief Minister Capt. Amarinder Singh’s initiatives to check illegal mining, they said that the CM has already directed concerned officials to take stringent action against illegal mining and tax evasion in the state.

They said that the government has ordered the creation of special multi-departmental joint teams, headed by respective Deputy Commissioners in all the districts, which will take immediate action against the illegal mining and tax evasion.

PPCC president Jakhar said that during Assembly elections, we had promised people of the state that sand and gravel would be provided at cheaper rates and all kinds of illegal activities would be strongly prohibited. He said that in this regard the Chief Minister had yesterday clarified the stand of the government that the government would not tolerate any lapse in this regard. He said that the government is very serious about the problem of illegal mining and no one engaged in this work will be waived at any cost. He said that the law of land would strictly deal with those who will make any attempt to harm the public exchequer due to illegal mining and tax evasion.

Jakhar said that earlier the truck unions had been dissolved by the state government, which has benefited the businessmen, farmers and industrialists in the state. “On the same pattern, the state government would remove all obstacles which would inhibit the development of the state,” he assured. 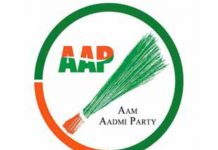 DGP Sh. Dinkar Gupta will be interacting during a live feedback session:’ How can the Police Support and Serve you Better during Covid Curfew’...