New Delhi, December 30: The Central Board of Film Certification (CBFC) move to clear film Padmavati with some suggested modification and change of film’s title to Padmavat’ has failed to mollify the Rajput community in Rajasthan.

Sukhdev Singh Gogamedi, president of Rashtriya Rajput Karni Sena, a splinter group, warned of violent agitation if the movie was released. “We will vandalize the cinema halls if the movie is released. We want a complete ban,” he said. 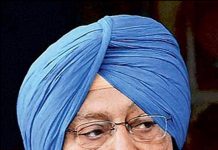 Purchase & Dispensing of Buprenorphin/Naloxone made as per SOP, Civil Surgeons apprise Health Minister